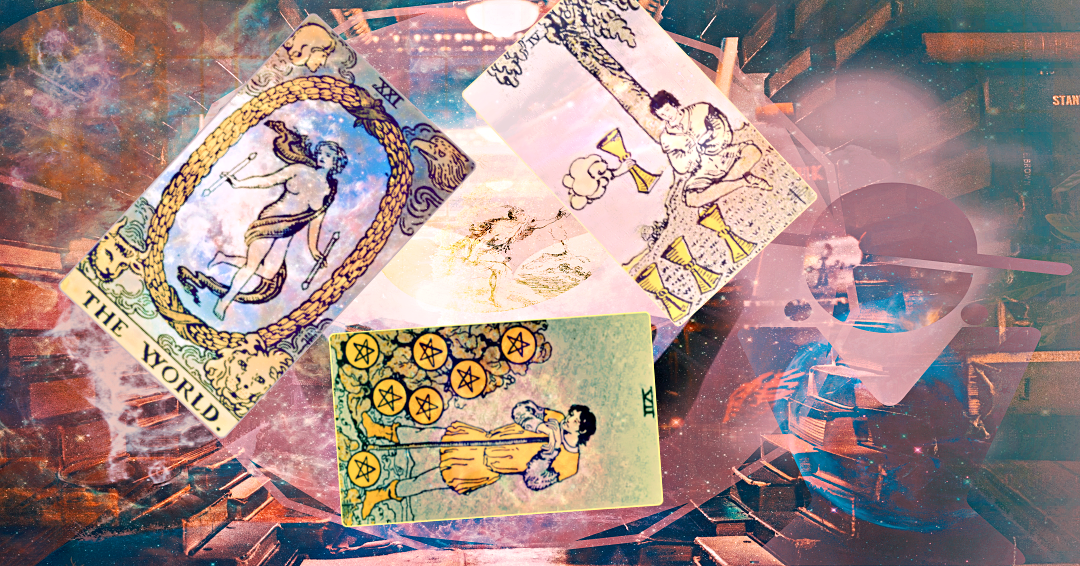 It’s been a process. Learning how to make your own website using wordpress. The various plug-ins and barely functional knowledge of code.

All the same, wordpress is built to share resources… in principle.

The plugins preempt what you might need to do. ‘And the ones that have gone before steady the unrest of those that follow.’ Some with tips and tricks left behind. Others with plugins.

It doesn’t always take an oracle to know that you’ll have a good day today.

But what good is an oracle on wordpress without the right plugin?

This is going to be a repetitive cycle, isn’t it?

Catch is, you have to know what you’re doing. But then again, even if you don’t, you might create some magic anyway.

Even if you don’t have a set of tarot cards, use a different device, make a prototype magic 8 ball.

The key is always in the reads you take.

Now Tarokina has classic spreads, and an option for custom spreads.

Treat the cards are the messenger signs, make a simple read first.

Then give your messengers a message.

I’m using the Nostradamus pack for my readings.

As well as making a divination set from constellations.

The result will eventually become an app. But isn’t that the whole point of wordpress! Make the proper website, and if it’s functional enough, convert it into a phone app.

Tarokina, the plugin preempts the process you will need, if you were doing a tarot read. At every step, what is the kind of information you would offer someone. If you want to be thorough, leave a message on every step of your journey.

There are 78 possible cards for every step in the tarot. And sometimes it’s reversed.

Every card is yay or nay as a good sign.

It’s not complicated, it’s what a tarot reader deals with when they open up the cards for you.

But it always helps to have a functional understanding of the tarot to proceed.

The Tarot comprises of 78 cards for its measure in divination. And each card also has an alternative meaning reversed.

Each card is in itself a sign, add to that the dexterity of reader and variation in the tarot pack, that’s a highly qualifiable and quantifiable set of options that ‘paint a picture’ in every read.

Now the elements or minor arcana deal with a limited aspect or a composite relevance of matters for the querent. They signify that day-to-day living things in actions, emotions, thoughts and receptacle material possessions.

The Major Arcana cards refer to a deeper soul aspect, and the profound implications of life-events altering the make of the querent. Each Major Arcana card demands to be taken seriously, changing the overall reading to their influence.

There are 21 Numbered Major Arcana cards, and one for the Fool at 0.

Although most are familiar with cards, all the same their sequence is listed below.

1 – Magician – The master of their own universe

4 – Emperor – The foundations of inner sovereignty

5 – Grand Hierophant – The authority and representation of earthly divinity

8 – Strength – The outer word and its resistance

13 – Death – Transformation beyond life and death

17 – Star – Inner reflections and the horoscope of choices

20 – World – The contemporary age and worldly society of the aeon

21 – Universe – The universal spirit and its manifestation

The Major Arcana is usually written with Roman numericals in most packs to signify their importance.

The minor arcana of the elements on the other hand have 14 cards each. The 10 numbered cards, and four court cards of the Page, Knight, Queen and King of that particular element, I.e wands, cups, swords, pentacles.

As indicated earlier, Fire stands for wands. It represents the actions, and the inner motivations that move us to action. This is an impersonal element, in that it deals with the outer workings, and not the personal character of the querent. The reflections are usually limited to direct cause-effect matters of actionable choices in inner beliefs.

Cups deals with the element of water. In so, the emotions. These are pure reflections, dealing with matters that defy logic, and all those things that cannot or will not be articulated. Like consciousness, their meaning is felt subjectively, and so has a limited context of time to it.

Swords are the element of Air. In that they deal with the mind and thoughts. This is usually a darker element, and most of the cards in it are cloudy and conflicted. Because reason reigns supreme to these reflections, everything they indicate asks to be simplified down to its smallest variable. The results are always a diminished view for the querent. Usually, by their very presence in the read, they are a sign to step away from thinking to get clarity. And so they usually signify the stage of convolution to be rectified, altered or shifted in premise for calmer outcomes.

Pentacles are the element of Earth. This signifies manifest, material matters or the receiving and fruition of earthly things. Pentacles themselves stand for the power of supreme force controlling all the elements. The talisman of power is inherent in this entire element. They indicate evident matters, conclusions, and outer workings of life.

This is an overview of the cards 78 that make the tarot. Some tarot decks such as the Osho Zen or Crowley have a Master card or Magic card, and make up 79 cards. But usually the format of the tarot stands unchanged at 22 trumps of the Major Arcana, and 14 cards each to the 4 elements in minor arcana.

To see the different tarot decks and their reviews, go here

In Tarokina, you get an option to make classic spreads and custom reads. Naturally inclusive of single card readings, yes or no reading etcetera.

If and when you begin using it, first add the pack and make the reading. This part is important. Only after that you can add details to all your cards and custom placements.

You can make as many readings or use as many tarot decks as you’d like.

Once you have made the reading, the option for details looks like this

Eventually when you have made the reading, its outcome will look something like this.

It hasn’t been long that I’ve been using Tarokina. But I love it so far. It would help to have an option to make readings of more than 10 cards, but that’s a lot of writing in readings and I think I’d need some time too before I could use that anyway.

Whether your interest in Tarot is professional, or just personal, there is little doubt once you figure out how to operate this wonderful plugin, you’d quite like the results.

Remember though, you have to source your own tarot deck, Tarokina comes with the 22 major arcana cards to start with, the rest you have to find/make.

An oracle in view, with the Tarokina plugin. Or just Tarokina for the oracle.

Have a wonderful day.

Janit Gambhir is an Author Filmmaker based out of India. He is also a Reiki master, and teacher of divination disciplines of Fire, Tarot and consciousness centering. Janit has published 3 books in 2022, and his writings on mysticism, consciousness and poetry can be found on https://fullcirclesquared.com